When I was growing up I was in love with the Teenage Mutant Ninja Turtles. I loved the toys, I loved the cartoon, I loved the movies. So needless to say once I had a son, I wasted no time in reliving my childhood by brainwashing him into joining my twisted little turtle cult. Coincidentally, (if you believe in coincidence) Ninja Turtles had recently rebooted the cartoon series and a new line of toys were in constant flow in an effort to support the new television show. I bought my son every ninja turtle I could find.

The first Ninja Turtle toy I bought him was Michelangelo, but keep in mind I’m not right in the head, so once I got Mikey, I say to myself, “Well if we have Mikey, We gotta have Leo, Donny and Ralph.” and I’m not ashamed to tell you the reason I think like that is primarily because I think Toy Story is based on a true story and nothing is sadder than a lone sentient teenage mutant ninja turtle.

So I buy my son the turtles and I buy him the villains, and before I know it (well I knew it the whole time, I was fully and completely aware of what I was doing) my kid has at least 30 ninja turtle toys and he’s only 4 years old. He had only been talking a year and he was quoting the Teenage Mutant Ninja Turtle movies. My job as a father was complete.

Ninja Turtles became a bonding point for my son and I, and as a result I begin to hold a special affinity for turtles in general because the animal reminded me of both my childhood and now, fatherhood.

Now I’m going to stop here, and then violently and abruptly divert this post into a completely different direction without warning or proper transition.

Me and my wife are in Hawaii for her best friend’s wedding and on the beaches of Waikiki I decide that its high time that I learn to surf. In case you didn’t know, I am large. I’m 6 foot 1 (186cm) and roughly 235 pounds (165.5kg). Not huge mind you, but still unmistakably large. And while I was rather athletic for most, if not all, of my youth. I must admit that neither hand eye coordination, nor agility could have ever really been considered my strong point. I was always more of a brute strength type of guy. Why I thought surfing would come naturally to me, I have no idea. Yet and still, it was something that had to be done.

I get a surfboard (a 12 footer) and I get out on the water. For those who have never tried to surf before, the most difficult part is not balancing your self on the board as you ride on top of a wave of what almost seems like sentient living water, hell-bent on devouring your body and soul into its cold and salty depths by drowning you and dragging you out to sea, nor is it the jagged coral reefs that you keep stepping on, cutting into your bare feet and drawing blood, which  is undoubtedly attracting swarms of sharks to your location. No it’s neither of those. The hardest part of surfing (aside from the nipple chaffing, and I bullshit you not there is a lot of really bad nipple chaffing) is all of the paddling. You paddle out, which is exhausting enough, then you turn around wait for your wave and when you see it coming you paddle like crazy to match its speed. And then, once you’re dizzy from the exhaustion of all that damn paddling, then you pop up on your board and ride that wave into the shore.

“Bend your knees brah” a surf instructor yells out after some time. He is working with another amateur surfer who is, without a doubt paying him to teach her how to surf, but I guess he was sick of seeing me flop around in the water like a wounded seal and threw me a pity surf pro-tip at no cost. Cool with me, I’ll take a little pity. I’m not too proud. Plus, it’s free.

The surf instructor sounds and looks like a local. A native Hawaiian. You actually don’t see a lot of native Hawaiians in Waikiki, it’s all tourist, so I assume he is only here to teach surfing. Regardless, I value his input and now his opinion. Let me tell you something, the beach was not empty, there were people everywhere, in the water, on the shore, there were even tons of other surfers. Heck I was with two guys from the wedding party, Cory, the groom, and Paul, husband to one of the bridesmaids. None of us knew what we were doing and we were all falling off our boards. (I probably looked the most pathetic, but that’s besides the point.) No way I’m quitting after he just threw me a tip. Not after he took the time to acknowledge my effort. This guy is a real Hawaiian, he saw me trying and thought enough of it to say something.  I couldn’t quit at this point even if I wanted to. I’d rather drown first.

“Keep trying brudda, you’ll get it!” He yells across the water. That’s all I needed. When I hit my head on a the reef and drown in a swirling whirlpool of blood and sea-foam, just let the ocean take my body. I’ve lived a good life. I died doing what I loved, even if I only had been doing it for an hour.

I get back to my routine. Paddle-paddle, paddle-paddle, splash. Paddle-paddle paddle-paddle splash. and then something magical happens. No, I don’t surf. I fall of course, hard, loud and very ungracefully, face first into the water which had become my signature technique. But it was in the water where the magic occurred. There’s me, in the ocean, drowning. If not literally, then at the very least, in the metaphysical sense, as all of my hopes and dreams of being a surfer are being washed away with the tide, I open my eyes and through the salt water and sand, I see it. A sea turtle, swimming lazily just underneath the waves. It sees me, or doesn’t, it’s not really bothered either way, it just keeps on swimming. It’s every cliché you can imagine unfolding before me, its majestic and angel-like as it floats through the water with little to no effort. I pop to my feet to see if I can see it from above the water. I can’t. I look around trying to find someone else to tell what I saw. Cory? Paul? Did you see that? No one is nearby. I dunk my head back into the water to see if it’s still there. It’s gone.

That was it, it was that quick. It was here and then it was gone. I thought about my son and how he would be just amazed as I was to see a live sea turtle swimming toward you as you were in the ocean surfing. I reached up and rubbed this cheap little wooden turtle necklace I had purchased the day before at a flea market not too far from the beach. I had put it on before my surfing attempt with the intention of giving it to my son after it had soaked up the Hawaiian sun and salt water. I also wore a fake shark tooth necklace as well. Being the type of person that I am, I imagined my son and I could wear these again and again, as we surfed every ocean in the world, and then one day he’d give a necklace to his son and the cycle would continue. I’m a romantic that way, nothing can ever be simple with me, everything is part of a six book epic, everything last forever. The sea turtle was gone, but I was still there. I had found my spirit animal, right there on the beaches of Wakiki, I was gonna fucking surf, even if it fucking killed me.

I paddled out, spotted my wave, paddled like crazy, felt the board lift, popped up, I was on my feet, my arms were out. A second passed, The board move forward with the water, I leaned right, another second passed. I bent my knees trying to maintain my balance, one more second. The board glided forward with the water. Living water. It carried us closer to the shore, effortlessly, just like the turtle. Another second. And then the board tilted. Too much weight on the right side, it flipped and I went down, face first into the water. There was no turtle this time. I popped my head up to breathe.

“Whoooooooooo! Good Job Bruddaaaa!” The surf instructor bellowed. “You did it Big Kahuna!” he yelled across the water.

I looked to the shore, my wife was smiling and clapping. I did it. I fucking surfed. On the beaches of Waikiki, with the Native Hawaiians there to cheer me own and stamp me with the seal of approval I rode a wave in the pacific ocean for 4 seconds.

I made my way to the shore after that and confirmed with my wife that she did indeed see me and yes, I did indeed surf. When I hit the water on my last attempt I had chalked it up as another failure, but apparently my judgment had been premature. It was not the prettiest, or the most stylish but I’d done it. I thought about the turtle I had seen under the waves. Large and clunky, and if it had been on the land it would be slow and clumsy, not at all graceful, not a thing about it would have spoken to effortlessness, but still it would be persistent, it would be determined and it would embody perseverance. And once it made it to the water, once it made it back into its own element… it would flourish and it would glide and it would move as if struggle had never been apart of its history.

I don’t know the proper procedure a person must undergo to be assigned a spirit animal. I don’t know If its determined by an internet quiz, an astrological sign, a drug induced hallucination, a session of deep and insightful meditation or if it’s the counseling of a mysterious and mystical shaman. I just know that in the midst of struggle, embarrassment and abject failure, while my body, soul and self-esteem floundered in the shallows of the pacific, that I saw my spirit animal, found my spirit totem, met my spirit guide under the waves of Waikiki. 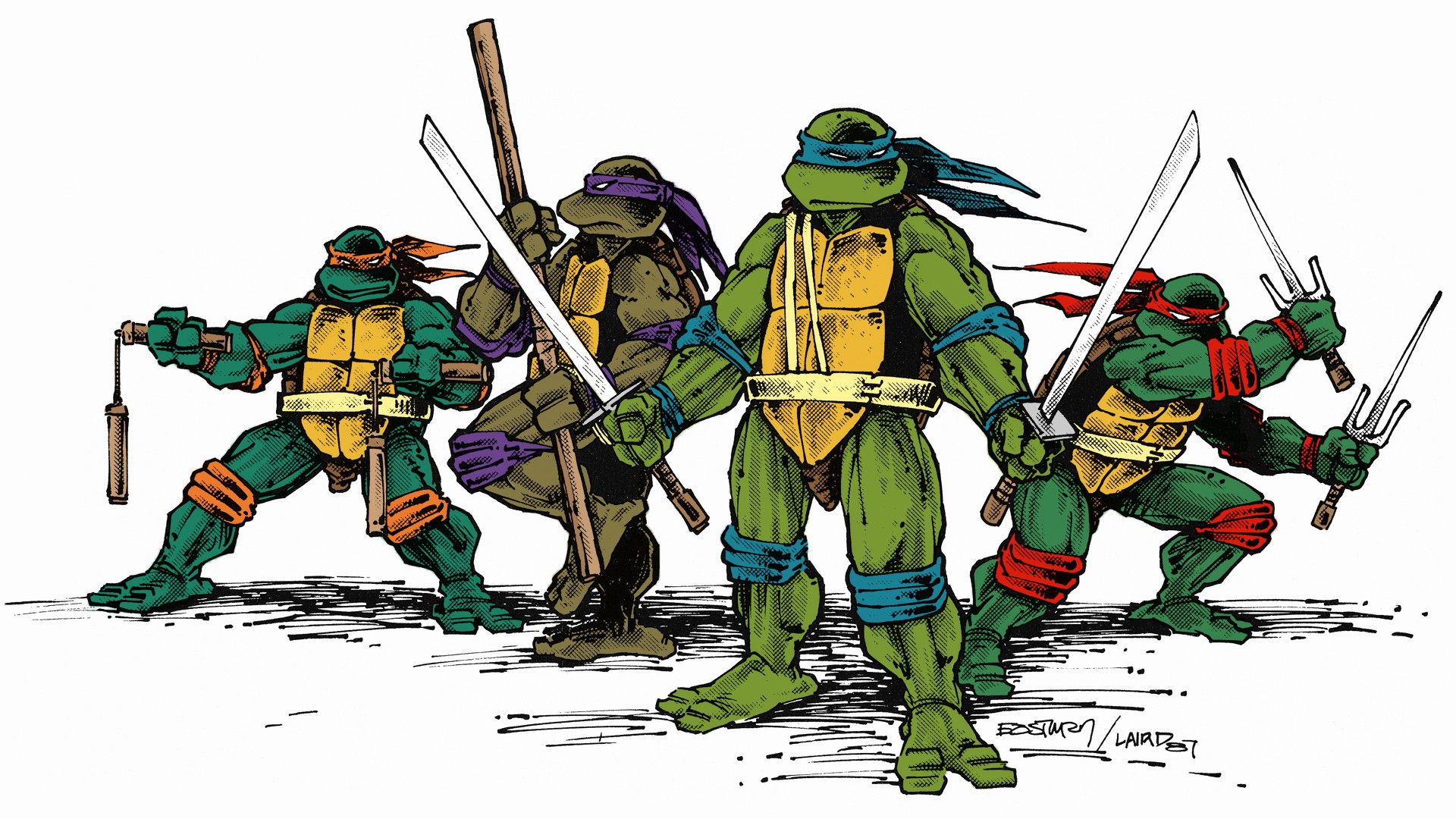 Also I feel that I should add that for my son’s 5th birthday (which was after the surfing story) I bought him a red-eared slider turtle. Only our turtle’s “red-ears” were orange and we named him Mikey and the poor guy didn’t last 30 days. I will say it was not at all my son’s fault, the turtle got an eye infection and refused to eat and the eye drops that were supposed to heal him didn’t work and my guy died inside of a month. 😩😩😩 R.I.P Mikey! Forgive me Great Turtle Spirit!

2 thoughts on “The Great Turtle Spirit”

This site uses Akismet to reduce spam. Learn how your comment data is processed.